Order of the Institut Pasteur, serious game on the topic of waste treatment in the medical environment. 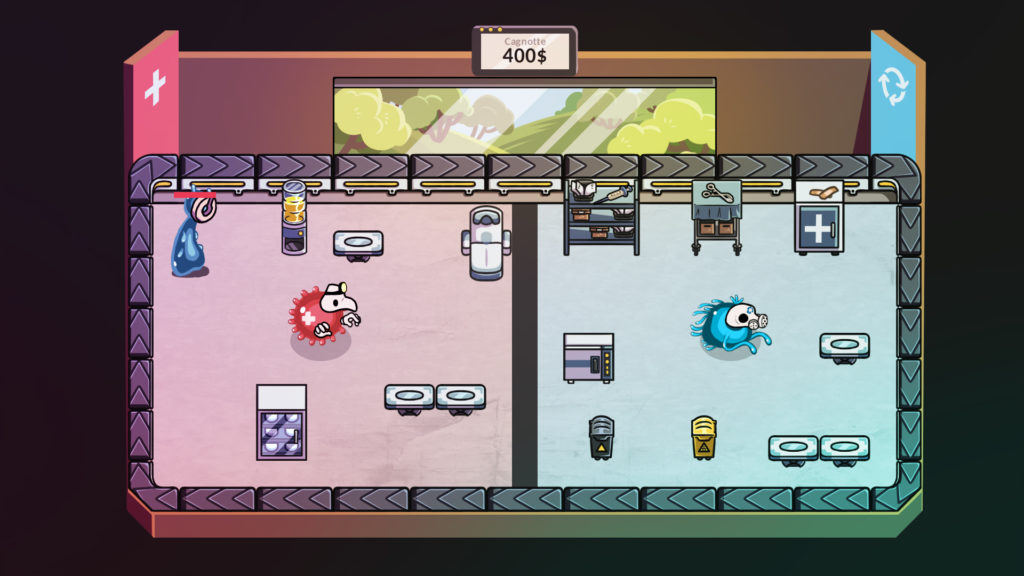 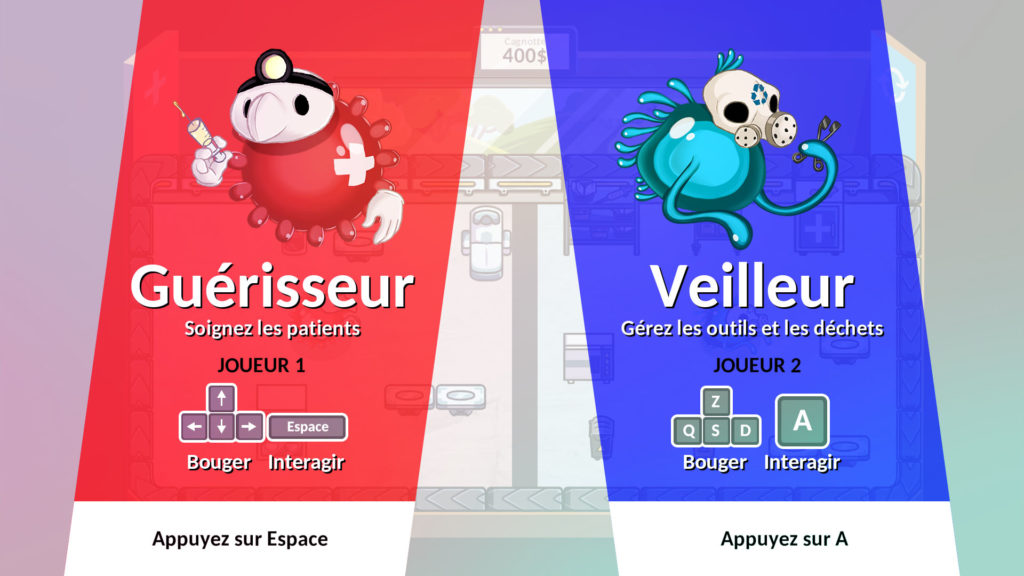 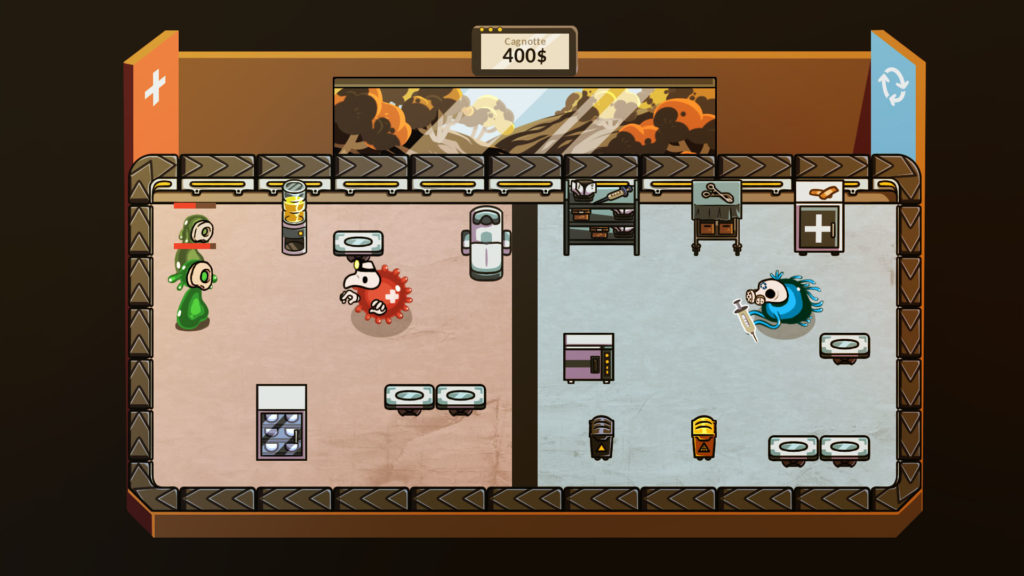 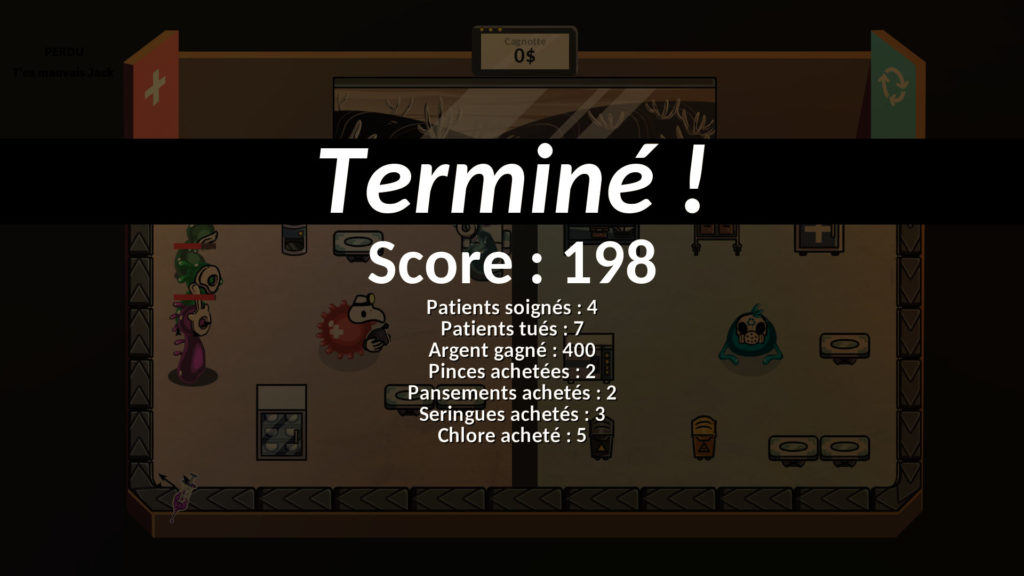 I created the game design and adjusted it over the course of the playtests and project requirements. As it was a serious game, I had to be careful to make the mechanics fit the purpose of the topic.
However, the biggest challenge was to communicate with the sponsors who were not from the video game industry. We had to adapt ourselves, explain clearly our propositions so that everyone would agree on the direction to follow.

I completed the programming alone, and developed the local multiplayer of the game, playable on both keyboard and controller. Seeing as it was quick, I also worked on the sound design and visual effects. 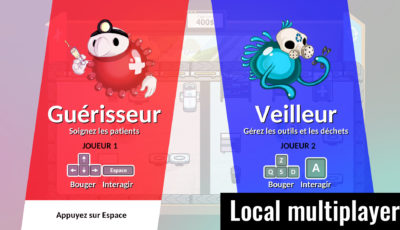 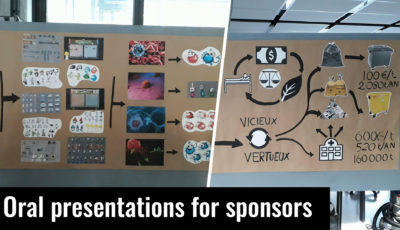 The major challenge was to translate the message and the topic imposed by the sponsor into gameplay. It was a research and thinking task. I had to put myself in the players’ shoes and think about how they would feel. It was necessary to push the interactions between them so that cooperation would work, and balance the quantity of actions to be done for both.

Keeping the team motivated on a project with strong constraints. Our artists had a hard time getting involved when they saw their proposals systematically rejected by the sponsors. We had to be understanding with them, and show them that even if we couldn’t do everthing as we hoped, we could still create something good.

The game, cooperation at hospital

The players manage a hospital. Their role: to treat patients and take care of the resulting medical waste as cleanly as possible

Some waste is infectious and cannot be simply trashed at the risk of degrading the environment which can be seen outside the window. They must be treated. C’cure is mainly inspired by Overcooked. Its purpose is to raise awareness of waste treatment in a medical environment. With its mechanics, it makes players feel the problems inherent to this theme, and show how it is possible to improve.