Open world RPG with turn based fights. The objective is that the player invests in the optimization of his characters. 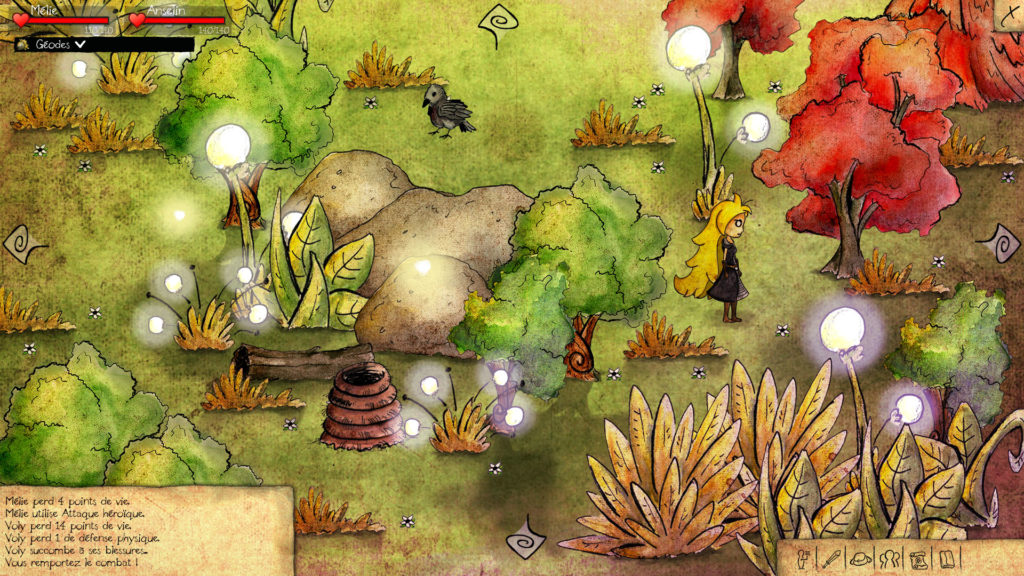 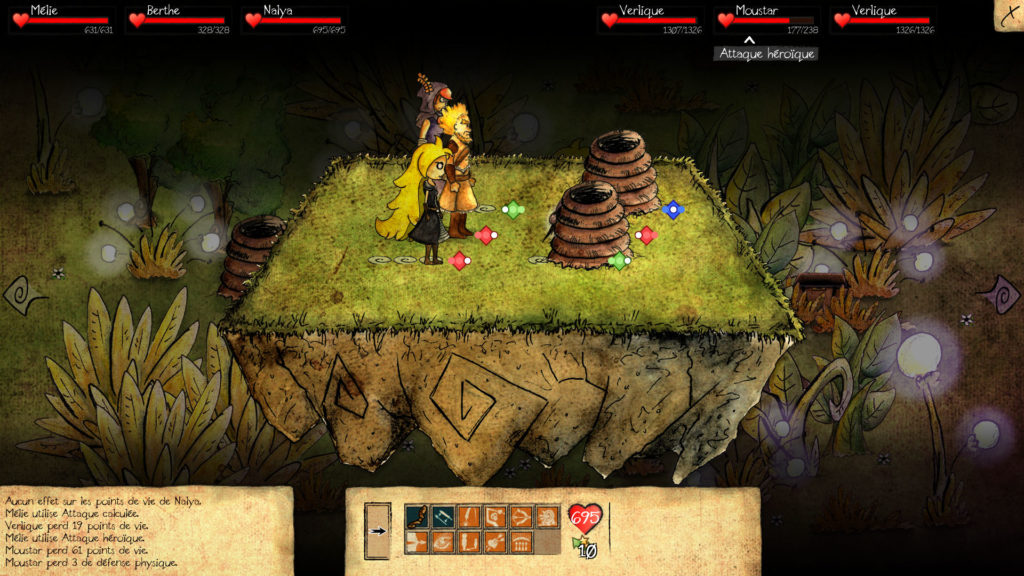 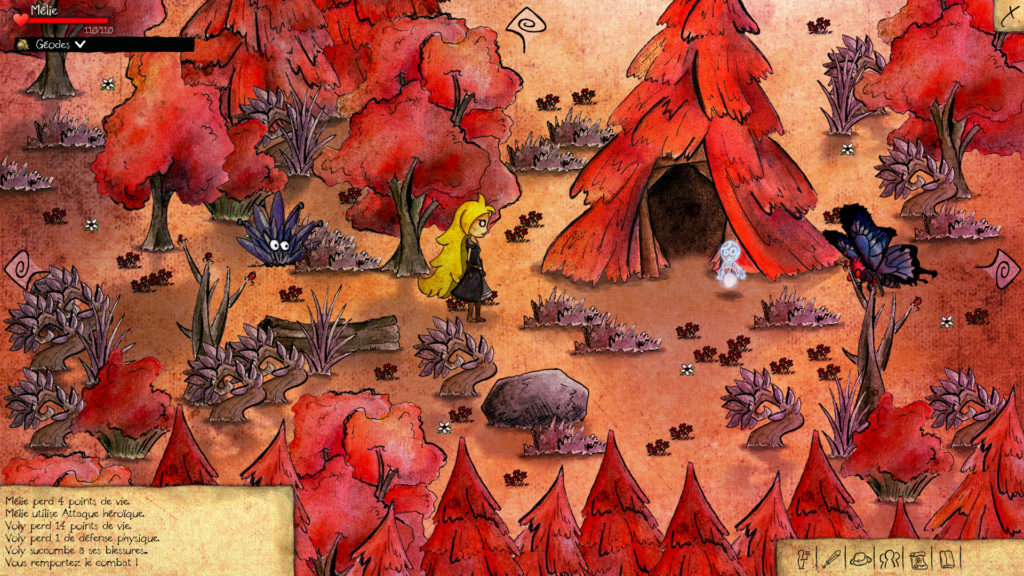 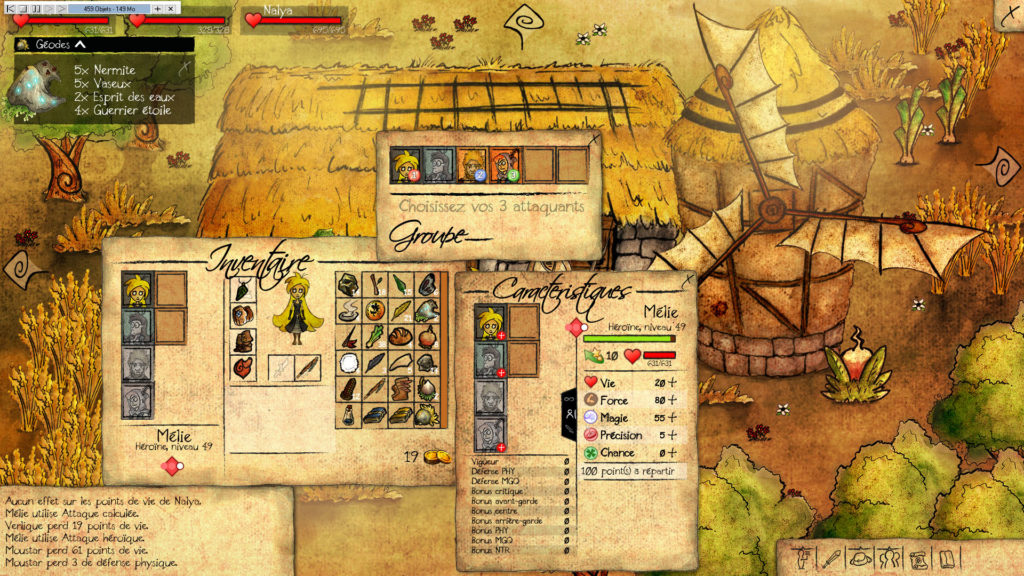 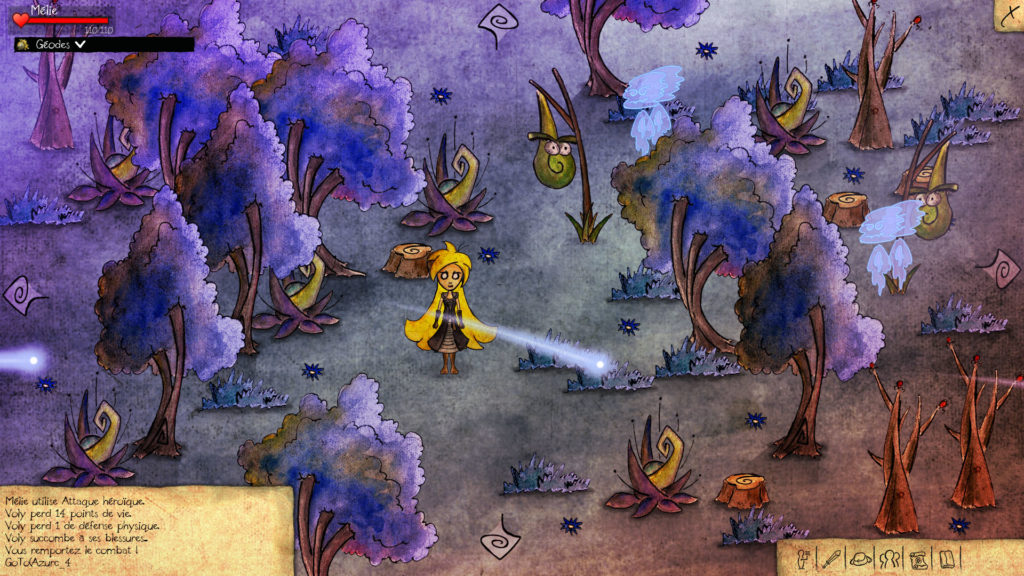 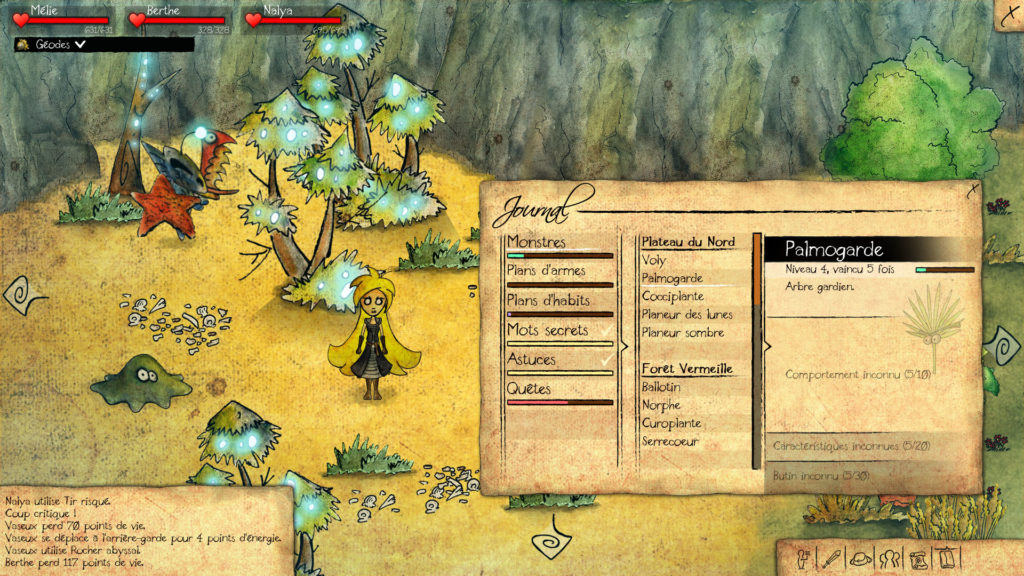 I had to show perseverance and impose a great rigor on myself so as to complete such an ambitious project. As I had to deal with the game design as well as the code and graphics, versatility was the key.

I developed a lot of tools to ease the production. Map editor, monster editor, dialog editor, sprites manager… And considering the idea was to make a long term project, I set up an update system, hosted on my website, which allows me to deploy changes. The game is planned to have several localizations. An English translation is currently in development.

As any self-respecting RPG, Sayna required a lot of game design. Fighting system design, classes, skills, craft design, motivation & rewards, retention but above all, a strong importance on balancing. Much of the work was done on spreadsheets, designed in an interdependant fashion. 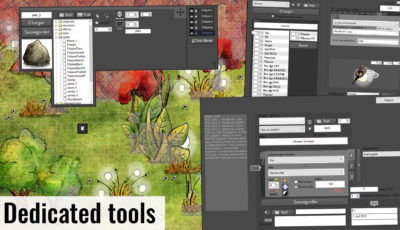 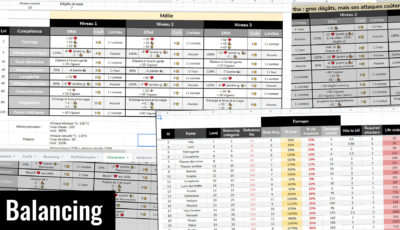 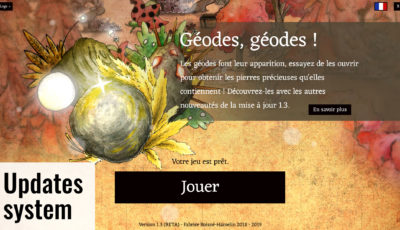 Shayna taught me discipline. An RPG is always a complicated thing, any badly organized code or system waste a lot of time in the long run. It was rich in lessons and since, I pay special attention to how I can best optimize my work. That way I can even go back and reuse the programs I’ve created on other projects, and work faster and more efficiently. It was rich in lessons and since then, I pay special attention to the way I approach my work, to make it as efficient and reusable as possible (like I did later with the modular animation system of Sapper).

Staying motivated. As I did everything alone, Shayna required a lot of work. I had to stay hooked, continue to advance in the project at the same time as in my studies.
Not being scattered. With a game of this type and size, it was tempting to create a lot of content. So I had to constantly sort out what content was relevant and necessary. I had to avoid wasting production time on features that didn’t reinforce the intentions and make choices to maintain coherence on the whole.
Understanding player feedback. Some of them love things that others hate, and it is not always easy to deduct what has to be done. Everything is about choices, and knowing the target.

The game, optimize your character

The players choose 3 characters among the 6 unlockabled and
develop their playstyle and their equipment, while controlling them in turn based fights. They face enemies and have energy points to perform their actions, which they regenerate each turn .

Each character can choose an attack position. This position defines the efficiency of attacks.

Characters’ skills offer a lot of playstyles. The players can choose the one that suits them and adapt their equipment and characteristics accordingly. All the complexity comes from using synergies correctly or not.

The players play as Melie. Her father inflicted her Aphonia, a mutism spell. She goes looking for him to get revenge with the help of the allies she meets on her way. The game is about toxic parents with a very ironic tone which plays a lot with self-mockery, all in a very characteristic atmosphere entirely drawn by hand.