Graduation project, third person sailing game in open world based on the steering of a ship. 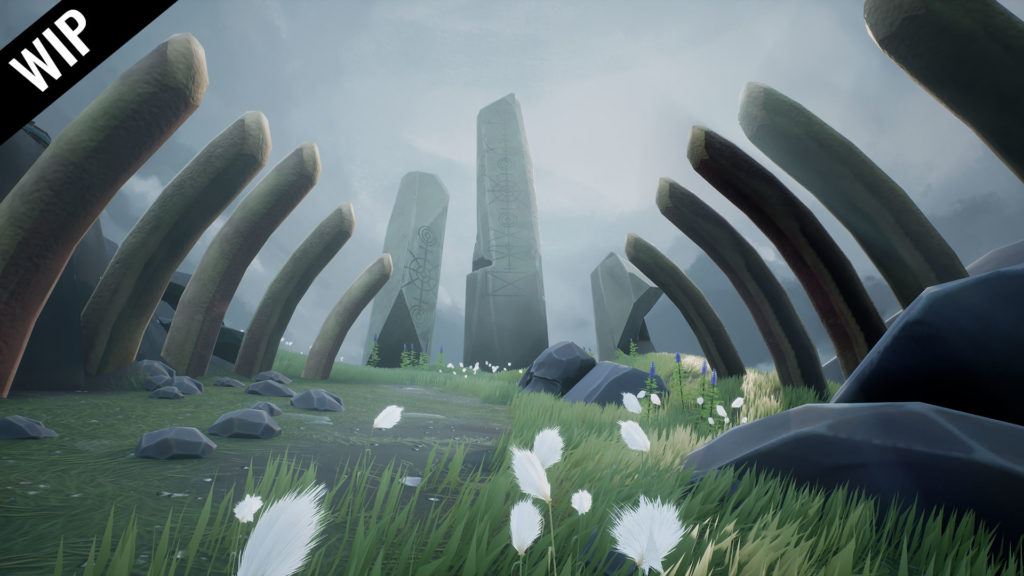 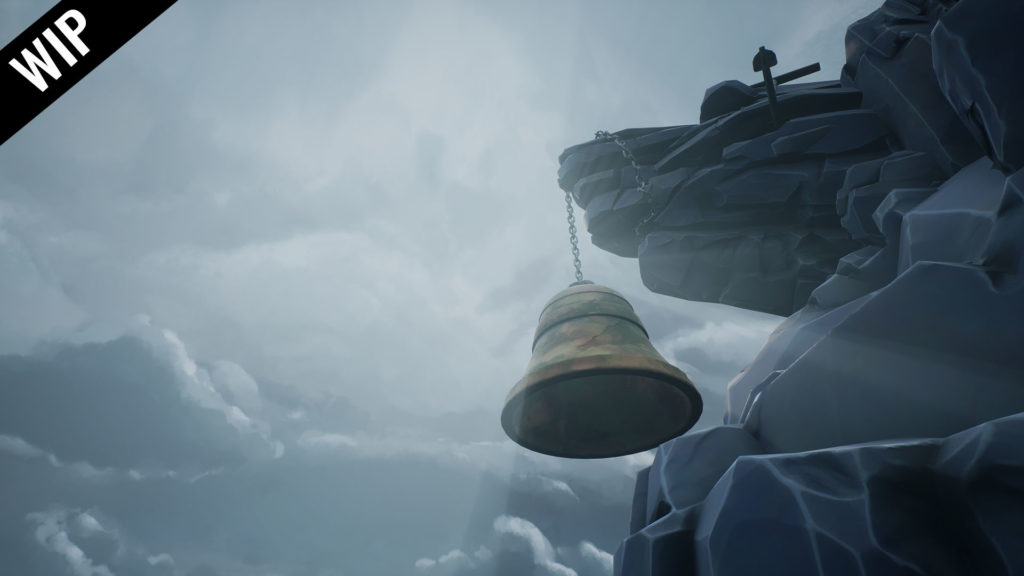 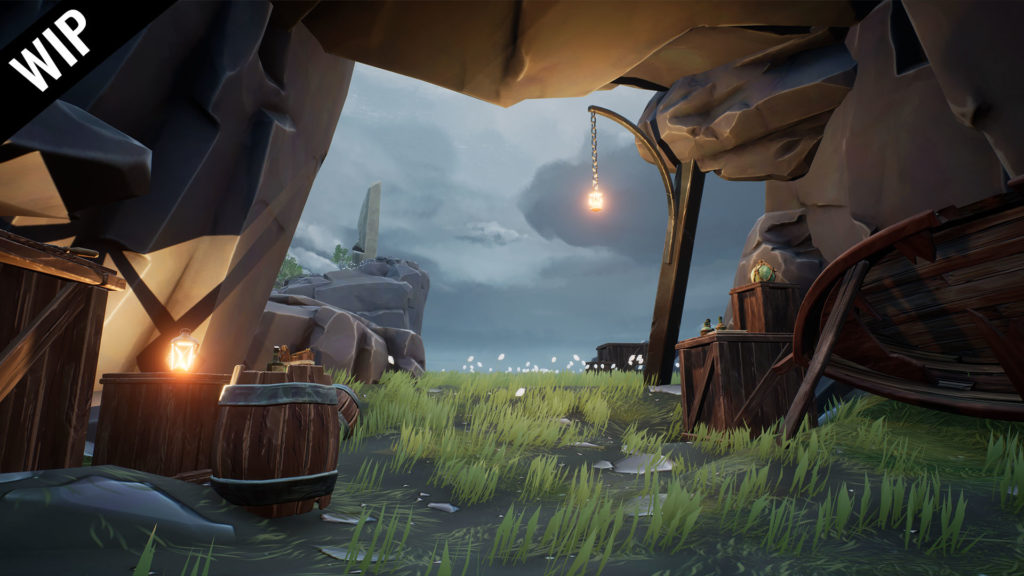 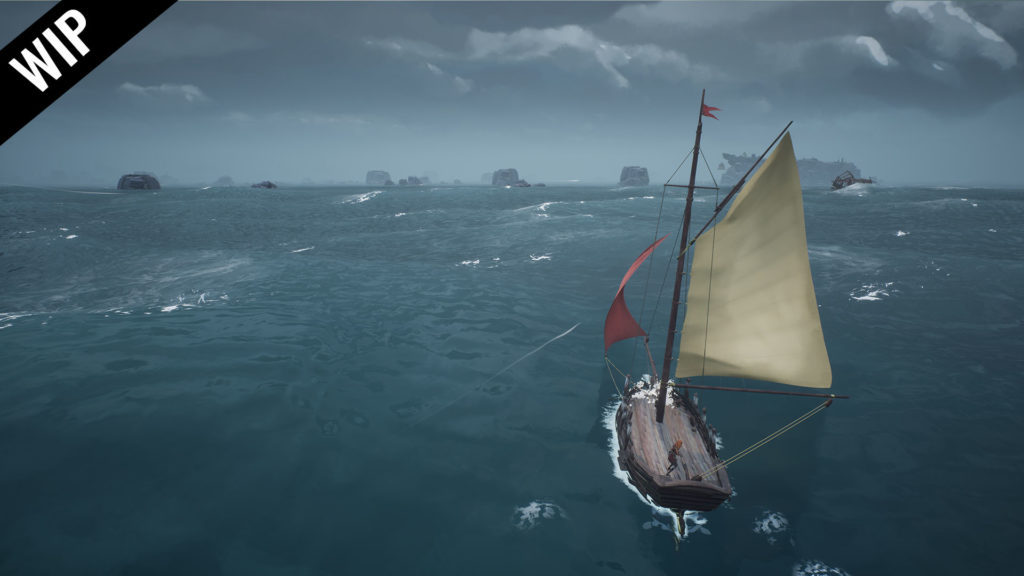 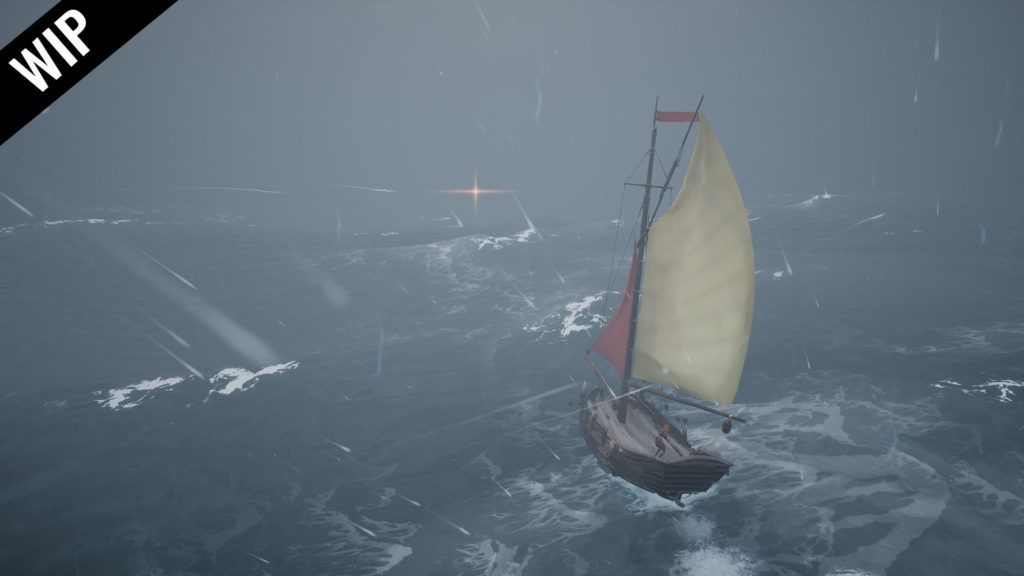 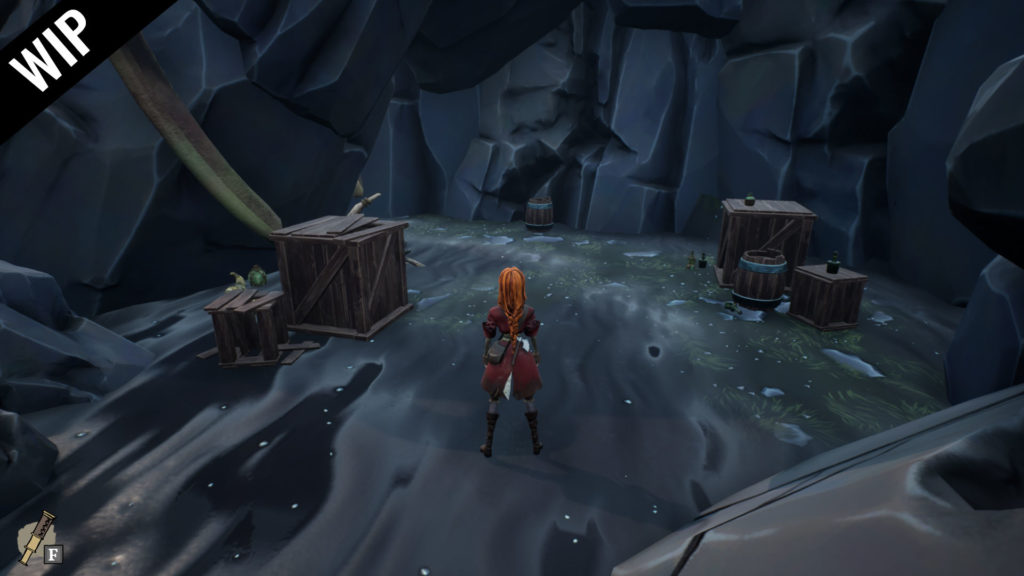 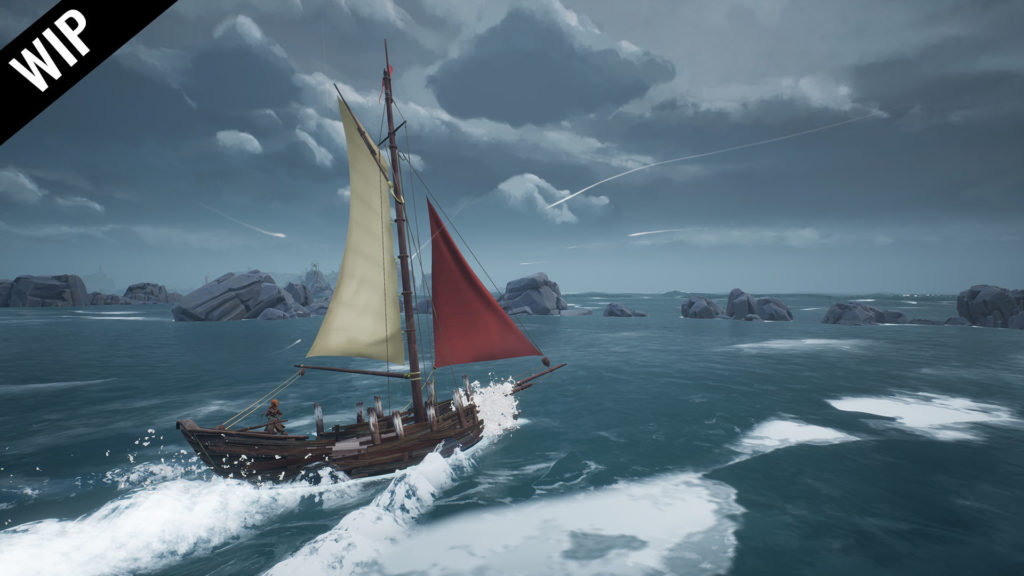 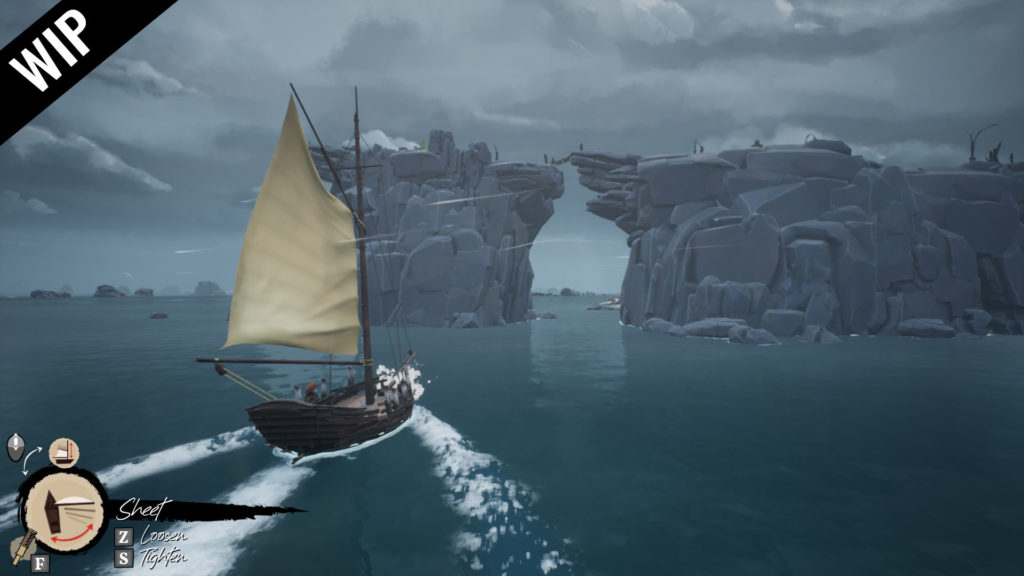 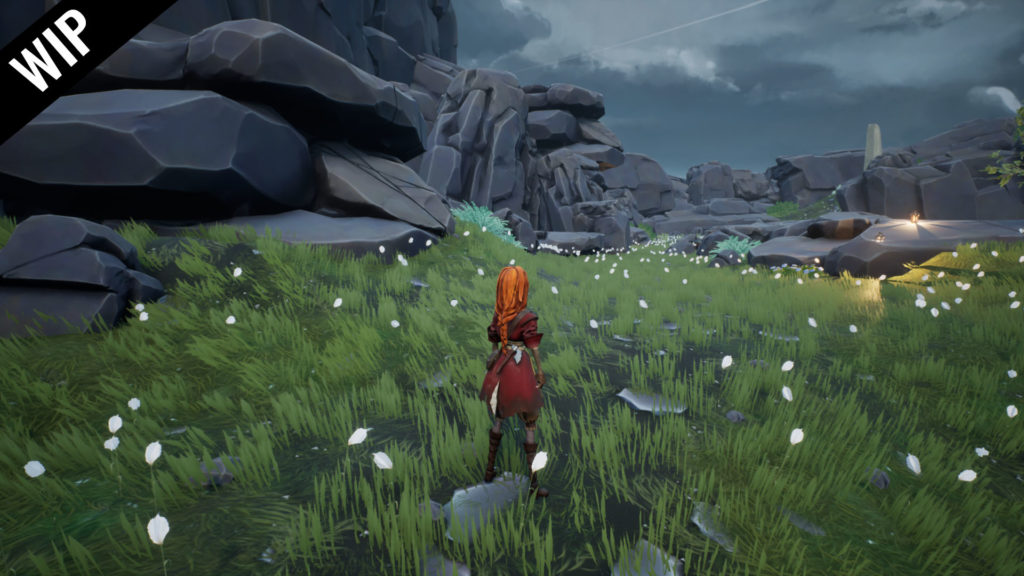 After presenting this project, I was lucky that it was selected and I could gather a team to complete it. My main role was to ensure the product quality, to check that everything works and to reinforce the intentions. I kept a macro vision of the project as much as possible to prevent issues and I often communicated with the various production poles as well as external parties and teachers to whom we had regularly to report on the project.

Lots of work on 3C. I programmed the camera, it was important to find a configuration that was coherent with the intentions while remaining readable and comfortable, on land and at sea. I paid particular attention to how the camera avoids obstacles (to make it as soft as possible) as well as the composition (anywhere the players look, I ensured they would have a nice view). I also worked on the land controls (3rd person character with jumping, crouching and swimming) and, with the other team programmer, we developed the ship’s controls (we tried to make credible physics that will remain easy to understand even for someone who knows nothing about navigation).

I worked on setting up an effective open world dynamic. All game elements are adapted to the huge liberty of exploration of the players. Quests are designed to be completed in any order. Regardless of the path chossen by the players, they will find things to do and challenges to progress on. 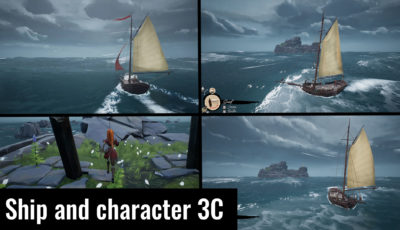 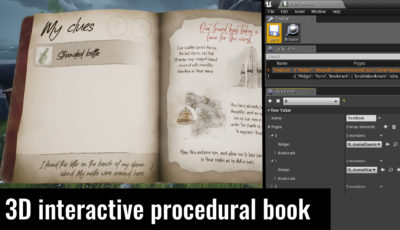 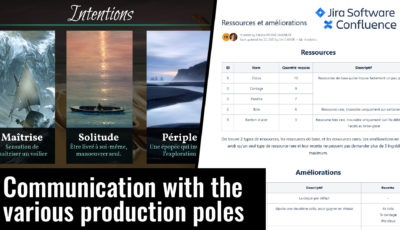 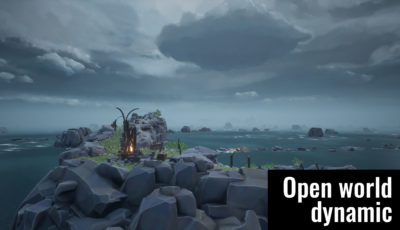 First, Haul Away was a great technical learning opportunity. On Unreal Engine (programming, shader, knowledge of the engine), but also on Jira and Confluence which we used a lot. In addition, working in a team on a same large world required rigorous organization and communication.

Adapting production. We faced hard constraints, the loss of several important members of the team because of health concerns, as well as the COVID-19 quarantine. We had to adapt, revise the objectives and set up solutions for critical problems.
Optimization. Making an open world is always a technical challenge, especially with a vast ocean and large plains of grass. We removed as much as possible useless calculations and only kept what was necessary.

The game, mastering a ship

Haul Away takes place in a 18th century setting, on a nordic ocean speckled with forsaken islands. The players play as Elea, a young woman who manoeuvres a sailboat alone in search for the Höfn, the lost ship of her relatives. She constantly improves her boat and her skills in a merciless sea.

Elea is at the helm of the Skref, a ship with one mast. Players must properly manage the sails, stay on their heading and avoid obstacles. Like any sailboat, the Skref has a lot of inertia which requires anticipation and technique. The ship have modules which allow to do different actions onboard.